Gabriel Laufer (A Survivor’s Duty) and Pamela Nadell (America’s Jewish Women) share their histories of Jewish identity, offering close-up personal views of twentieth century historic events as well as a multi-century exploration of extraordinary Jewish women and the imprint made by their social activism.

Congregation Beth Israel will host a post-discussion reception and offer tours of the synagogue for any interested attendees. Book sales and signing will follow. FREE to attend and open to the public.

With only a few hints in hand, Laufer researched the details of his father’s Holocaust survival in the Hungarian forced labor battalions near Stalingrad, as a slave building German bunkers for weapon factories, and later, his escape from Stalinist Hungary… Laufer shares the gripping stories of his father’s experiences juxtaposed with his own as an Israeli Defense Force officer in the Six Days War and the three wars that followed.

“In America’s Jewish Women, Pamela S. Nadell has done what would seem undoable: she has turned the diverse life stories of dozens of women across centuries of time into a mesmerizing whole. This is a book to read and reread, then sit back and contemplate, with a smile, the wondrous achievements of Jewish women in America.” —Francine Klagsbrun, author of Lioness: Golda Meir and the Nation of Israel 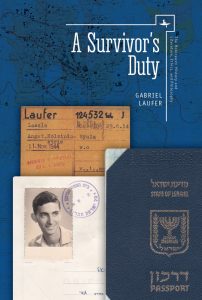 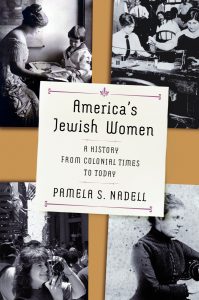